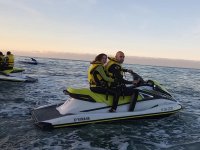 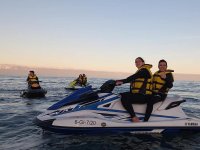 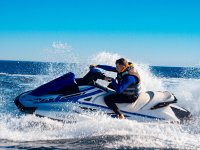 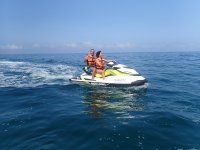 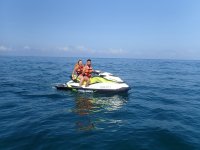 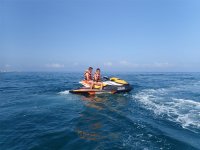 As expected, at Jet Ski Costa Cálida , we know how to enjoy the Murcian coastline with emotion, riding a jetski . The beach is not only there to throw yourself on the sand and let the hours go by, it is also to be experienced by wasting adrenaline and with us you can do it at full speed and admiring the Murcia coastline in its maximum splendor. All this in a privileged key, in the town of Águilas .

The best thing is that we have everything planned and nothing is needed, you just have to come with bathing suits, sunscreen and a towel. With regard to monitors, previous instructions and safety materials to ride our jetski , which by the way, is from Yamaha , we take care of it. Forget about previous experiences and even degrees, because we will teach you how to handle this simple water vehicle and you do not need to have a license.

It is in this simple and rewarding way that we can enjoy the Costa Cálida properly, touring the Poniente beach and the bay of the same name, as well as the < strong> Levante Bay , since we are located in Puerto Deportivo Juan Montiel , from where all our jet ski routes depart. Thus, with us you can try the following plans in jetski :

During our excursions one or two people can go per motorcycle since they are two-seater and the roles between pilot and co-pilot can be exchanged, as long as both are over 16 years old . Still, 6-year-olds can also come as chaperones and they'll have a great time. After so much adrenaline and speed traveling the Costa Cálida on a jet ski , halfway we will stop to take a dip at sea, a delicious sensation.

Don't miss it and season your days along the Murcian coast with excitement thanks to our jet ski routes . 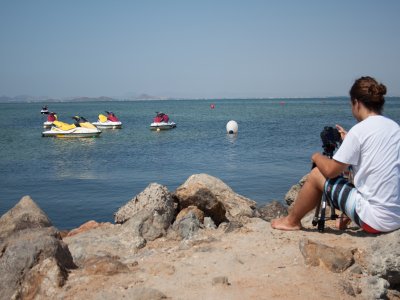 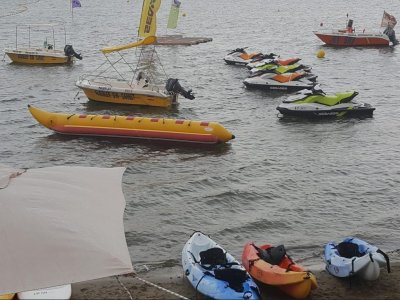 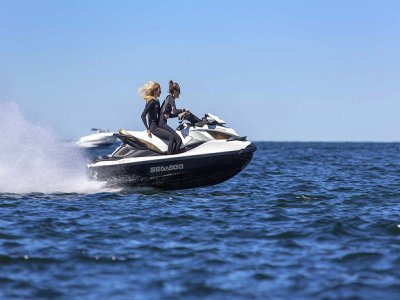