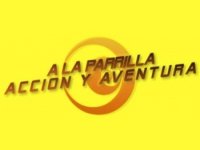 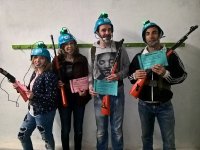 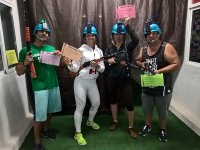 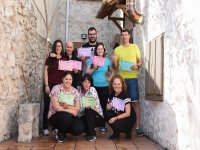 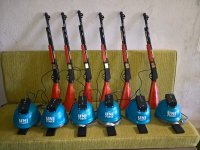 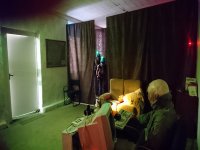 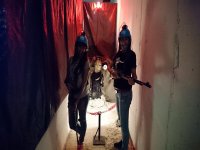 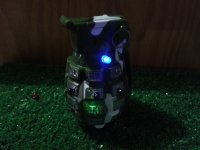 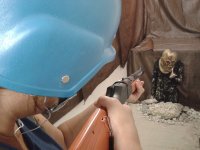 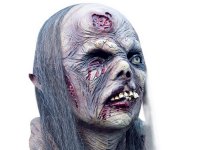 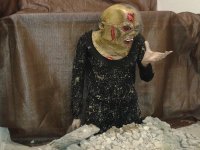 We open the doors of a terrifying experience in which fear is no excuse to be paralyzed. In the House of Terror of Zombies and Monsters, he who dares to penetrate its walls must have enough courage to face the enemies of the afterlife with an electronic rifle as the main companion. Leave the cold video games and feel them in a real interactive environment.

What is the story that motivates this adventure in the house of terror?

Humanity has been decimated by a virus for which, fortunately, there is already a vaccine. However, the problem lies in seizing it because it remains isolated in the home of the scientist who invented it. This place is heavily protected by zombies and other creatures that have killed their inhabitants. Only an elite command, with you as protagonists, can solve the mission. It is accessed two by two so that you can cooperate to achieve the goal.

What team do you have to achieve it?

Quiet because technology is on your side. You will be equipped with mimetized straps, helmet and infrared rifle, all interconnected. In addition you will know at the moment your vital state, that of ammunition and that of the mission itself, through headphones. The overall effect of being immersed in an action and horror movie increases with the soundtracks you will be listening to.

With the team, you will subtract lives from the walking dead by means of the electronic marker that each one carries on them. They are ordered to throw themselves on the pavement when they are considered out of the game. However, zombies get back on their feet only 30 seconds later, you never have to let your guard down.

The situation will not be easy but through the successive rooms, there is the possibility of recovering lives and shooting with the allies that we will have the opportunity to locate. Like, not everything is going to be good, zombies have also left the odd trap.

The attack of zombies and monsters.

Viruses are the main weapon of our fearsome opponents. If they are launched at a distance, electronically, as with our rifle, we will lose lives after several impacts. If you manage to reach us, they will eliminate us more quickly. You have to always have your eyes wide open.

We also have another version in which we combine all this with an escape room version in which in addition to achieving the mission you have to find the tracks scattered around the different rooms to be able to leave the stage. 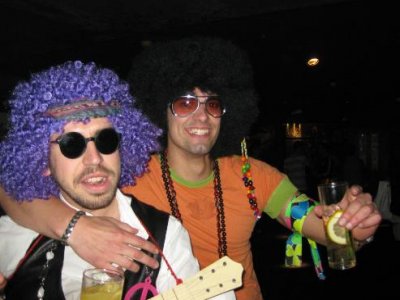