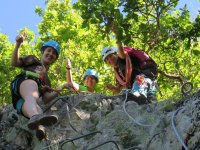 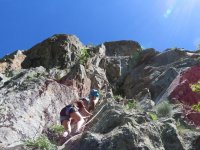 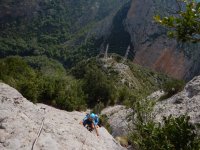 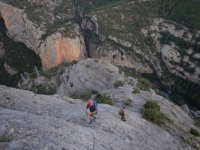 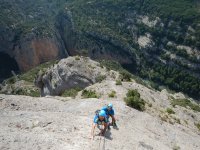 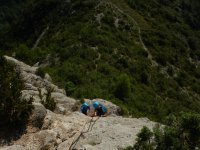 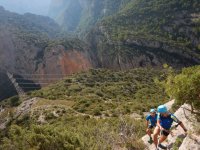 Description of Explora Guies Via Ferrata

With Explore Guíes you will be able to try one of the most grateful forms of vertical ascent: the via ferrata. We like this discipline because it allows even those who have had nothing to do with climbing to overcome large peaks in a simple way making us feel like never before.

There are many routes equipped on the rocks of the entire peninsular geography, each with its characteristics and level of difficulty. These are just a few in which we can accompany you with our experience as instructors:

- Ferrata de los Teletubbies : we find it in Congosto de Mont-Rebei, in the Corça area. Going through it completely will take us a minimum time of 3 hours that can be extended up to 4 if we take it easy. With the approach and preparation of the activity we will have spent 7 hours on this adventure.

In its first part we will ascend over the reservoir waters of Canelles using metallic steps. Its second phase leads us to the hermitage of La Pertusa.

- Mora del Peso Ferrata : we will approach Congosto de Collegats to face an activity of similar duration to the previous one. It has the peculiarity of rising at a remarkable pace over the gorge. 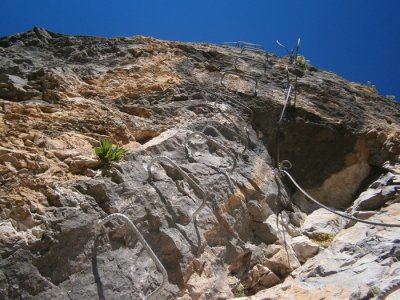 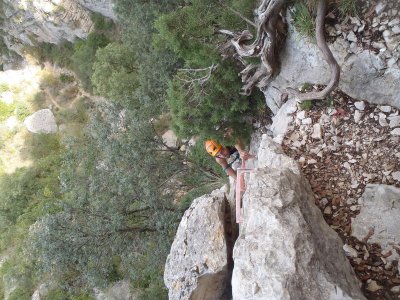 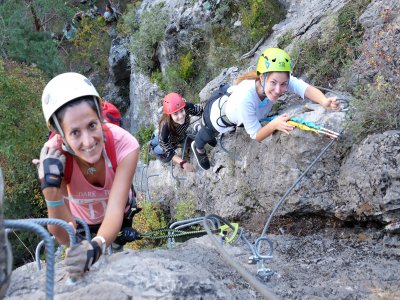