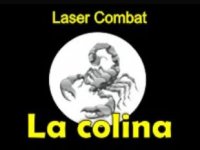 Activity is not currently available 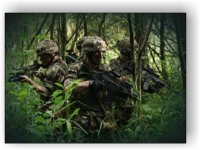 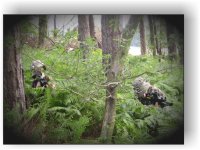 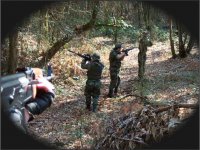 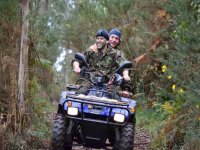 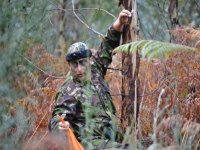 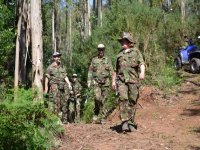 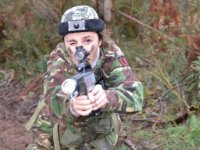 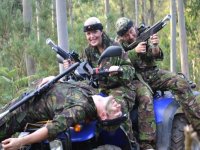 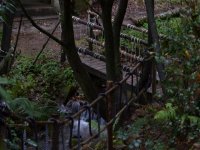 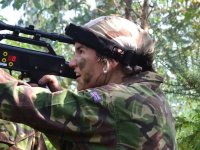 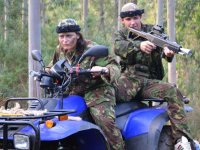 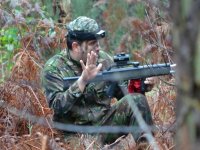 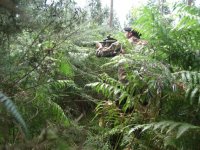 Activity is not currently available

The Hill brings you the new concept of leisure that sweeps the world.

What is the Laser Combat?
-Unlike current games (Painball or Airsoft) no balls are fired.
The awkward clothing and protective mask disappears.
It is a new technology of long-range and very precise weapons, used
for military training.
The teams have a screen that informs the player at all times of their situation within the game.

The Hill has 60,000 m / 2 of forest spread over 4 fields of difenets difficulties ..
We will immerse the participants in a custom adventure; in which 2 teams must face each other for certain objectives.
They will have to interpret maps, communicate by walkie-talkie, coordinate the different commands and work as a team.

The forest is full of surprises you don't have.

Who can participate?
- All those over 12 years old with prior authorization of the tutor.
How many people play?
- The missions are a minimum of 8 and a maximum of 10.
What if I am not able to gather the minimum of 8?
- We enlist you in a recruit base and let you know as soon as we have a group.
How long is the game?
- 2 hours 30 minutes.
What should i bring?
- Safe footwear, comfortable clothes and adrenaline ready.
- The rest is provided by us:
. Weapon - Camouflage clothing - Walkie-Talkie - Camouflage face paint
Water bottle for battle - Cap and infrared sensor - Skewer and 1 soda or beer at the end of the battle.
Are there any special offers?
- La Colina has offers for large groups (schools, institutes, associations and summer camps).
- Team Building Objectives, aimed at companies.
- Organize tournaments (between breweries, schools and various groups)
The Hill has the option of organizing battles on customer grounds or facilities.
What other services do you have?
- Fully enxebre drinking service in the woods.
- Hiking trails.
- Combos of other activities linked to the Laser Combat such as the Raptor Show, two-seater flight, paragliding, etc.

In this game, refills are not charged and the participant plays until the last moment.
-We have special rates for events and large groups.

Where can I get information? Contacting La Colina !