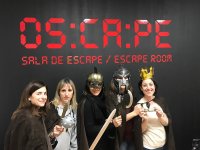 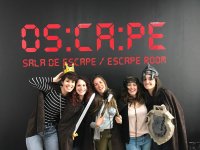 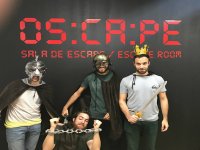 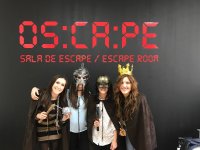 We present the first escape room in Huesca , Oscape , a fun place where you can move in time and become researchers responsible for solving an important mystery.

What exactly is an escape game? It is a challenge that consists of leaving within an hour of a room in which we will have locked you. You will have to explore the room and all the objects you find in it and, in addition, decipher some varied puzzles: visual, mathematical, logical, ... We assure you that you will not get bored.

We put you in a situation: You are in the twelfth century, in Huesca, and you are part of the nobility that was summoned by the king of Aragon to hear the greatest bell ring in the kingdom. But you have learned that, in reality, everything is about a trap and that the king has called you to execute you. You only have 60 minutes to escape, so don't waste time. This game is inspired by the legend of the bell of Huesca , so the story is doubly exciting.

This experience is intended for people with at least 15 years of age , although younger children can also participate if they access the room accompanied by an adult.

It is not necessary to have physical fitness but some mental agility. Do you try your luck?