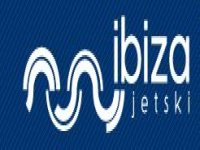 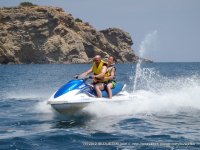 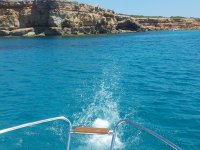 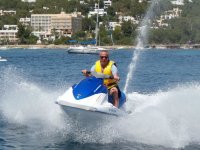 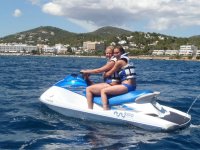 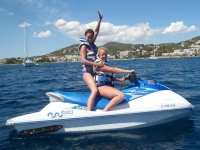 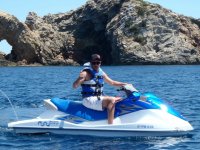 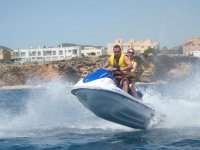 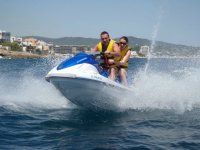 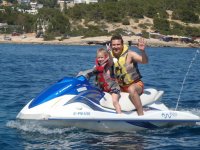 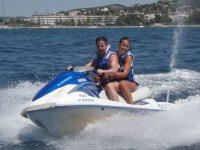 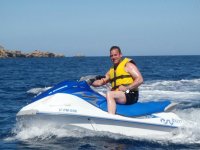 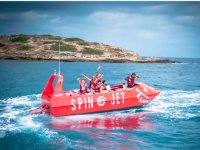 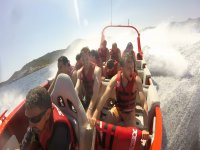 In Ibiza Jetski, we are a company located on the island of Ibiza and where we carry out water activities of all type.

We offer high-quality service and treat personally each client.

Whatever your favorite activity in Ibiza Jetski we offer you a quality service.

The staff were very friendly and helpful. We have been very satisfied.

Company's response:
We are very happy to know and know your opinion. We hope to see you next time.

Feedback useful for 7 people Did you find this helpful? Yes

The tour was very good, going from Talamanca to Sants Eulalia making a couple of stops along the way. Recommendable.

Company's response:
Hello Victor, Many thanks to you, great fun to share with you the tour, and the souvenir photos were fantastic. I hope you come to see us another time, or that we can share also with a friend, who wants to enjoy the same experience. See you soon! Modest Torrres IBIZAJETSKI, SL.

Hello, good afternoon, the experience was great, taking advantage of the offer of the birthday, Quite well priced and with my brother we had a good time.

The boys who accompanied us very nice. I recommend it.

Thanks for letting us know that it was a good time, fun and enjoyable, that you spent with us, it does not encourage us to surpass ourselves for following proposals for all clients and friends.

That I would like to see you again for the next season with some new surprise, which we are already working on.

WOULD REPEAT!
María Marcos Graziati 10 Very good
Reviewed the 10/09/16
about the activity of: Banana boat and Jet ski, Ibiza 25 minutes

It was a good experience !! All those who worked there, They were very friendly and attentive at all times. An activity to repeat!

The truth is that with friends like you, everything is very easy, attentive and fun, I hope that you can share the experience with your friends in future occasions. Many thanks to you for relying on our team.

A hug, of all those who work in Ibizajetski.

WOULD REPEAT!
Celia Gómez García 10 Very good
Reviewed the 22/08/19
about the activity of: Banana boat and Jet ski, Ibiza 25 minutes

The activity was very good, the truth is that it was a very fun and amazing experience.

If we return to Ibiza we will repeat without a doubt! They also took a lot of pictures and sent them to us the same day :)

Company's response:
Thanks to you for being so nice and friendly.

WOULD REPEAT!
ormisda verardi 10 Very good
Reviewed the 22/08/20
about the activity of: 1-Day Jet Ski Rental in Ibiza

Good service. Delivery of the jet skis on time and collection without problems. The bikes were in good condition, I will repeat the experience next year. We have had fun in Ibiza and Formentera is a dream.

Company's response:
Thanks to you also for facilitating and being able to organize in advance. We always try to give good customer service. We hope to see you again in the future. A greeting.

They just had a motorcycle, so my boy and I could not get one each.

They guide you to get you out of the harbor and take you to an area with four buoys you can not get out of because they are not licensed.

If you rent a motorcycle it is to make a route, not to make turns. At least you should have informed us before booking.

The treatment of the guys who attended us left a lot to be desired. If we knew we did not, it was an expensive experience, without the possibility of enjoying the waves because they would not have a license.

We are very sorry for you. Not a good experience, but let them know that they had and enjoyed the product they contracted, perfectly informed on this web page.

In fact, They were well aware of the contract, since it is a standard product, and that for being the 10th & Anniversary of the company, we offered a 50% discount for being his anniversary between 01/07 and 09/30/16; With only two products offering this discount, one of 30 'for 1 or 2 people in a buoyed circuit (as indicated by a space limited by 4 buoys) for people who do not have a nautical title, and another one 60 'also for 1 or 2 people, in format excursion with a guide, something also important is that we start the activity at the foot of the beach and not from any port, as in different places of The coast of the peninsula.

When you rent a watercraft, you can find two different versions to carry out the activity, for people without titling, in a marked or en route route, with different prices, and you chose the first with A lower price. And we diponiamos of 2 bikes, and for the second one, because it was not a birthday, could have paid the fare price and have taken it without any problem.

You previously contacted us, and we explained to you by phone, which was the activity, place and time that you had to present to do it, and at no time indicated that you wanted to Other type of activity as indicated in their comments, since they would have been offered the possibility of not doing so, with the consequent reimbursement from the dumping by the procedure for these cases, or you could have offered the possibility of paying the Difference to the amount for that activity that you. If they had wished, As well as even a change of dates, as has happened with other customers throughout this season.

And finally I have to put completely in doubt, the comment regarding the companies that attended it, since I only observed toxicity in their comments.

We can only thank you for your comments that will help us to improve our activities and customer attention in the next campaign.

Friendly treatment and highly recommended activity. Taking into account the price this is one of the best quality watercraft activities on the island of Ibiza.

Thank you for your comments, and because of the interactions our activity arouses, we have made it possible to bring it as cheaply as possible to all citizens, making promotions and discounts for our anniversary.

We hope you have enjoyed a fun and enjoyable experience, and we hope that you and your company can also enjoy your company next time.

Raul 0 Very poor
Reviewed the 19/08/19
about the activity of: Boat rental and water activities 1 day in Ibiza

The rented boat lacked a screw to hold the canvas, which is why it ended up spoiling.

Despite having notified the ship's damage in time, we were charged for the repair of the deposit.

Additionally, the “banana” that came with the rental was punctured, so they charged us € 600 (almost double the price you find on Amazon for the same new product).

Be the first to comment! Did you find this helpful? Yes
See all reviews

Request Information FREE
How to get there?
From the center of Ibiza with the boats of Talamanca that cross the port, and from the Port of Marina Botafoch, 2 minutes walking on the same beach of Talamanca, next to the hotel establishment Hostal Talamanca. Easy parking with vehicles, and public transport to the beach itself. Choose the combination you prefer. 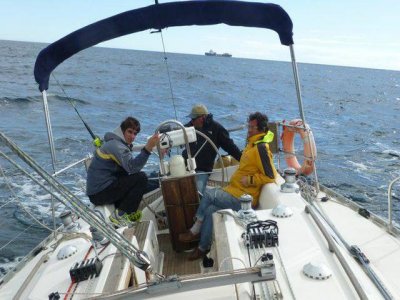 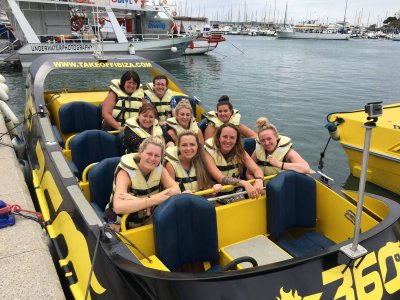 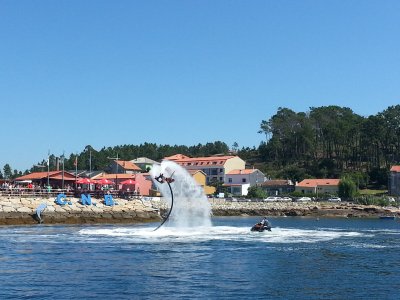